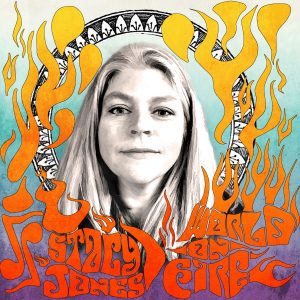 As we enter 2022 the Stacy Jones Band celebrates its 20th Anniversary with the release of  World on Fire which is quite possibly the groups best album yet.

Stacy’s songwriting has always been genuine and from the heart, singing of real-life experiences. Now with being a new mother, political and racial unrest and a worldwide pandemic Stacy touches some nerves with thought-provoking lyrics. At the same time, she brings a mix of lighthearted songs that just make you feel good inside. The icing on the cake is her delving in to the past twenty years of music that has influenced her and molded her into the versatile artist she has become with tributes to Aretha Franklin, Willie Dixon, Koko Taylor, Kathi McDonald, Susan Tedeschi and Little Walter.

Stacy Jones is no stranger to success. She has been nominated, multiple times, for “Best of the Blues” awards, winning the 2018,2019, 2020 and 2021 Best Band Award, plus nine other BB awards, from the Washington Blues Society including Best Female Vocalist, Blues harmonica, Blues Songwriter, and the 2018 NW Recording of the Year for her album Love Is Everywhere.

In 2017 she was accepted in the first round of Grammy Voting for “Best Contemporary Blues Album” and “Best Americana Song” and was chosen to represent the South Sound Blues Association as the entrant for the 2018 Best Self-produced CD Competition at the International Blues Challenge in Memphis TN. She has also charted on Roots Radio Report Top 40. A dynamic performer and expressive vocalist, Stacy has taken the stage at the Chicago Blues Festival, SXSW, juke joints in Mississippi, riverboats in California, headlined festivals, toured Europe and shared stages with ZZ Top, The Fabulous Thunderbirds, Charlie Musselwhite, Lee Oskar, and many other legends. Their music has been described as “A Whiskey & Water Baptism that lace Blues and Rock edges.” “With her feet firmly planted in roots-based music, Stacy Jones pays homage to the blues but experiments by mixing in some mild-Americana and subtle Country licks. Dynamic vocals fueled by powerful lyrics.” “the rolling thunder blues of Howlin’ Wolf mixed with the honesty of Lucinda Williams. 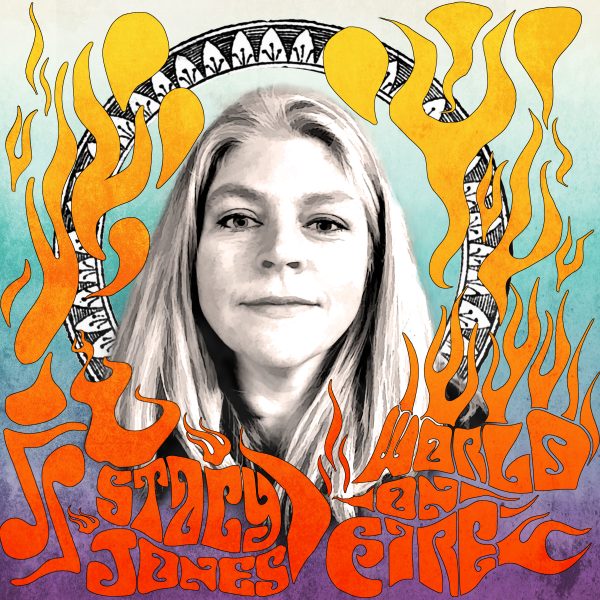 the first single from World on Fire OUT NOW !